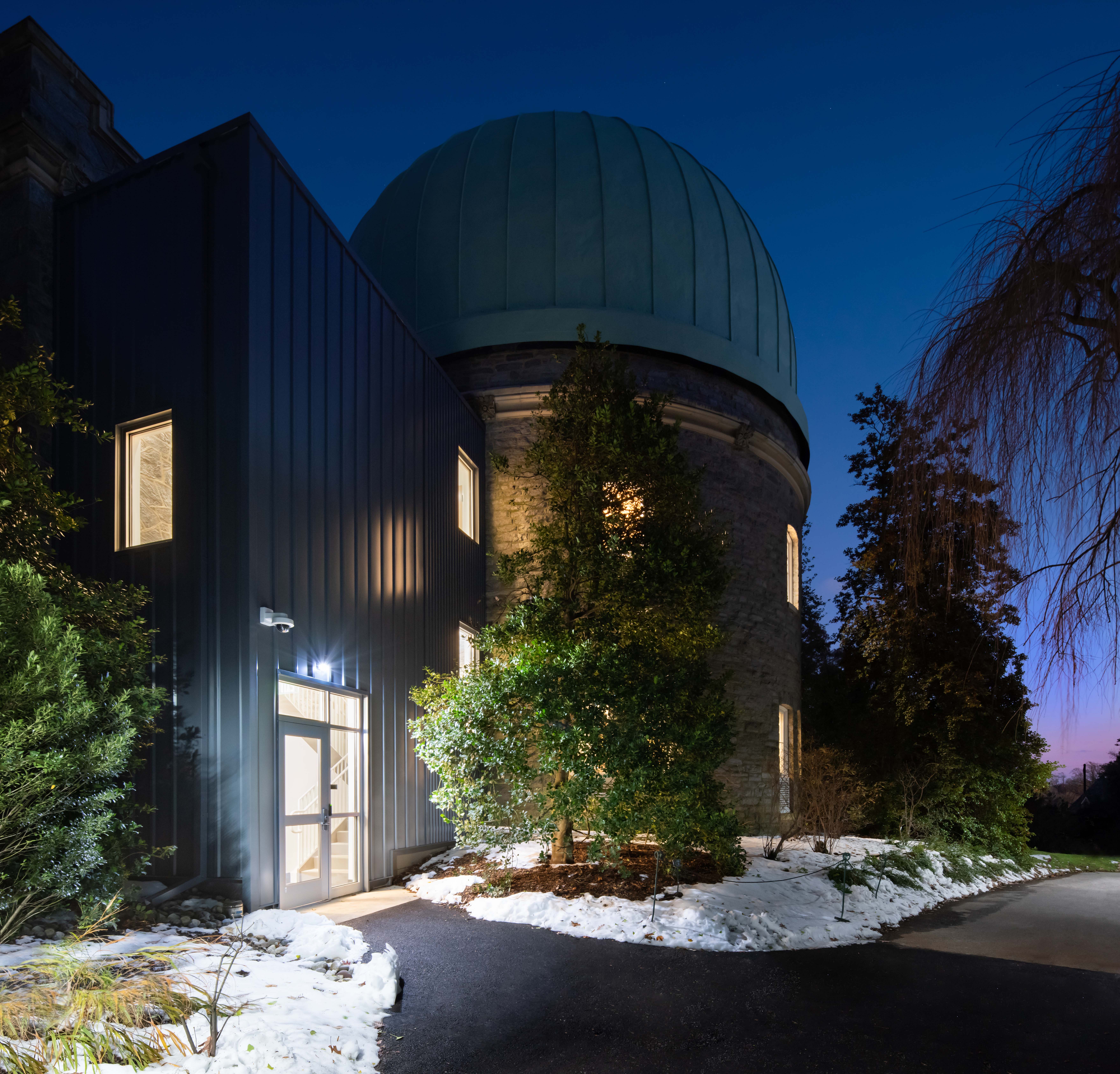 Swarthmore College saw an opportunity to re-purpose the Sproul Observatory by transforming the observatory spaces to house the James Hormel and Michael Nguyen Intercultural Center at Sproul Hall.

The new center brought the Intercultural Center; Interfaith Center, Religious and Spiritual Life Office; and the Office of International Student Services under one roof.

The telescope from the Sproul Observatory was dismantled and moved to Arkansas to be restored and used for public outreach. The telescope relocation opened the door for the Intercultural Center construction.

Care was taken to maintain the historic integrity of the building’s character by creating a new ceiling in the original 40’ high dome and exposing the gears and manual crank used to open the dome.  The new Armstrong wood ceiling, angled into the dome, creates a dramatic new event space for the students.

The schedule was a challenge on this project, but this was a project that could not be rushed according to Tad Cox, the Project Manager for CTC Construction. “Each step of ceiling installation had to be planned and coordinated with other work on the project, so having a knowledgeable foreman like Jim Sullivan and a skilled team of carpenters was the key to the success on this project.”

The renovation of the Sproul Observatory for the new Intercultural Center was designed by Cicada Architects and completed by CTC Construction. 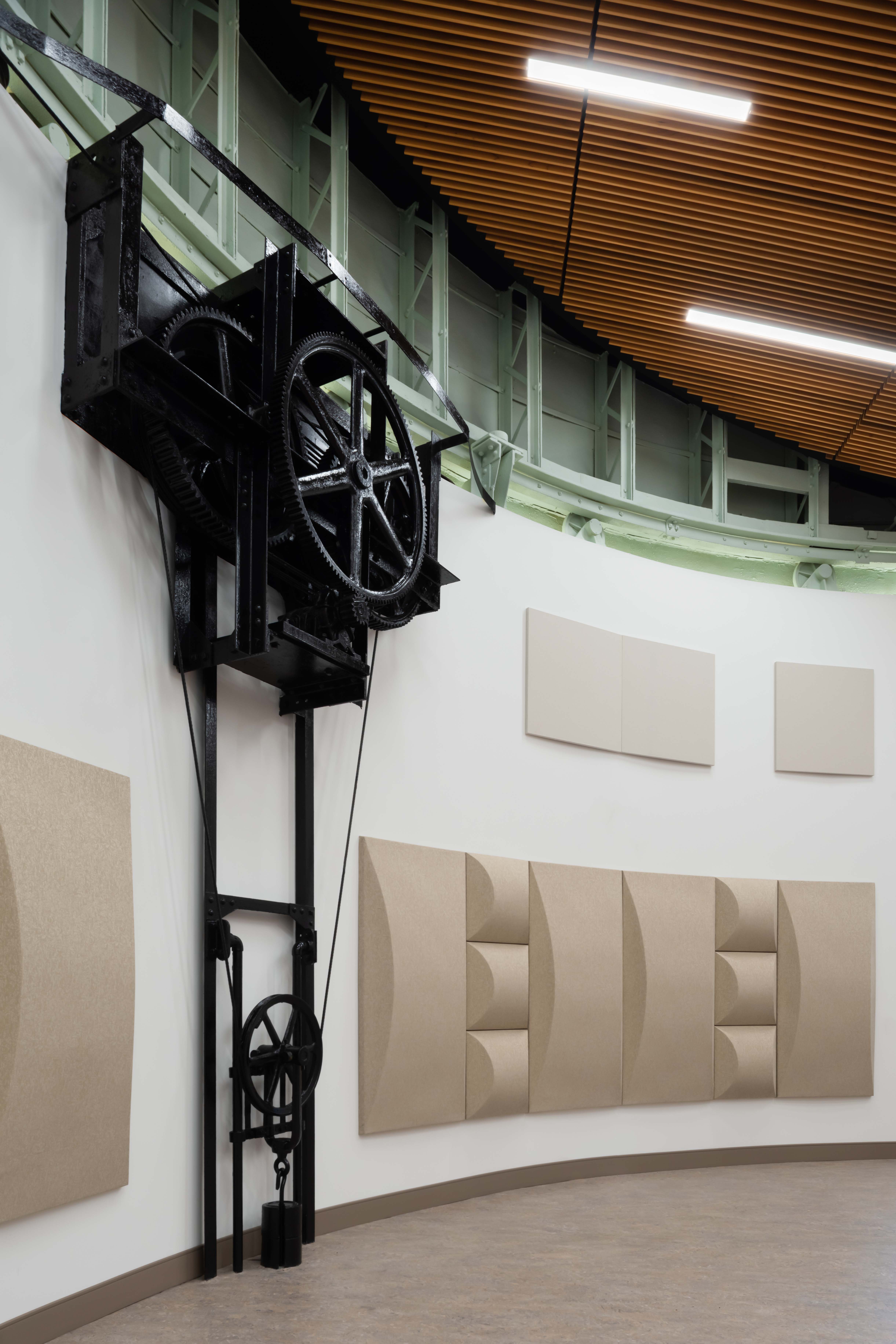